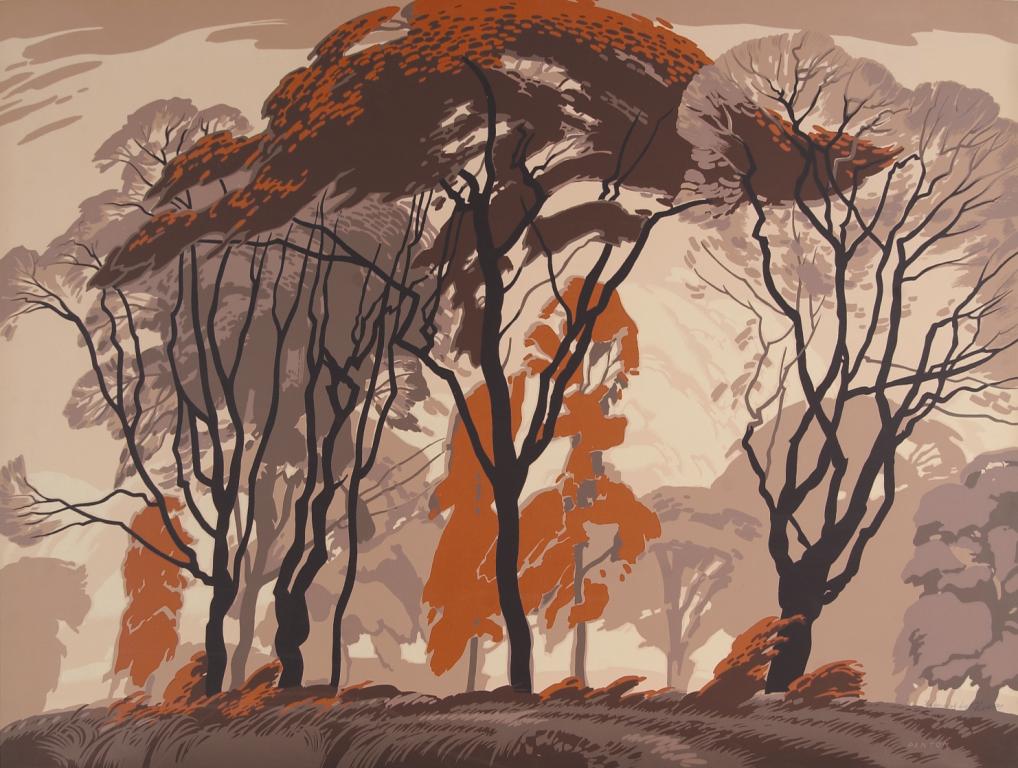 In ‘Windswept’, an earlier work, Panton shows an ensemble of majestic trees, in the dancing in an elegant movement from the winds or from their internal energies. Through the blackened trunks we look beyond and into the distance at the ever increasing greyness and loss of detail, until only an impression of form is recognized. In a 1954 issue of Saturday Night, it was said “he turned increasingly to abstract forms” and that “there is a strong element of mysticism and a striving to express eternal truths through visual forms.”