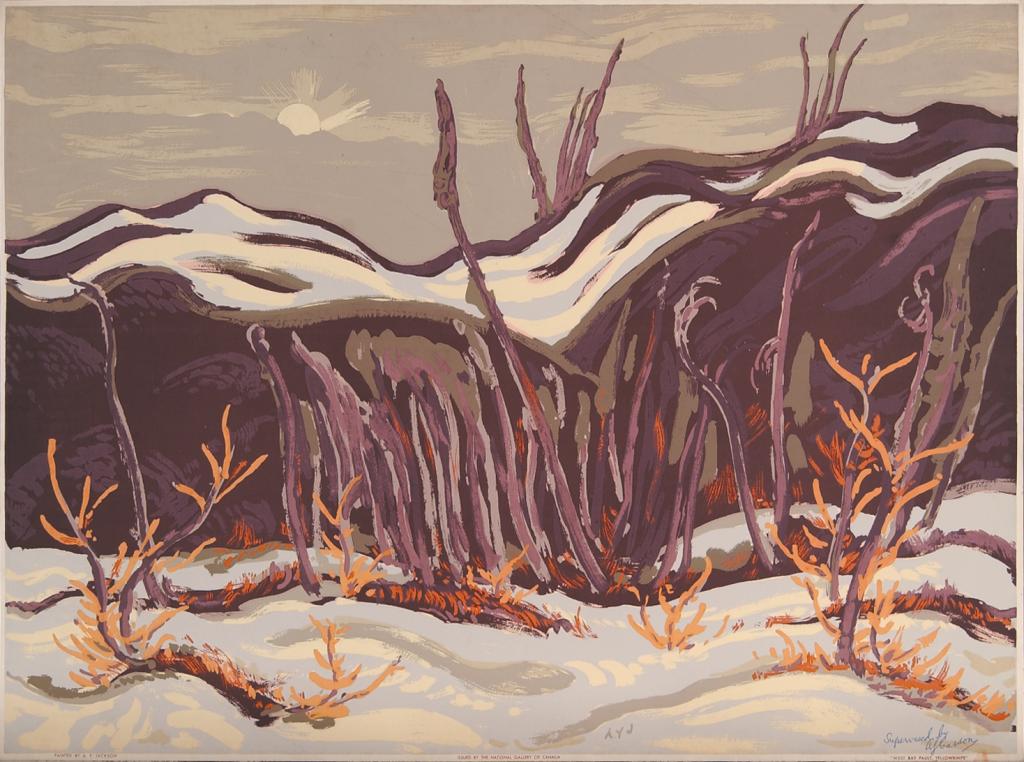 There is a beauty in the winter landscape, a vibrancy of colour that you have to look for to observe with the eyes of an artist. In ‘West Bay Fault, Yellowknife’, Jackson reminds us of that. Between the snow-covered foreground and the distant grey sky lies dark brooding snow covered hills, a perfect backdrop to observe the golden twigs and grey lavender of bare branches. Jackson’s ability to capture this mood in paint was one of his greatest gifts.