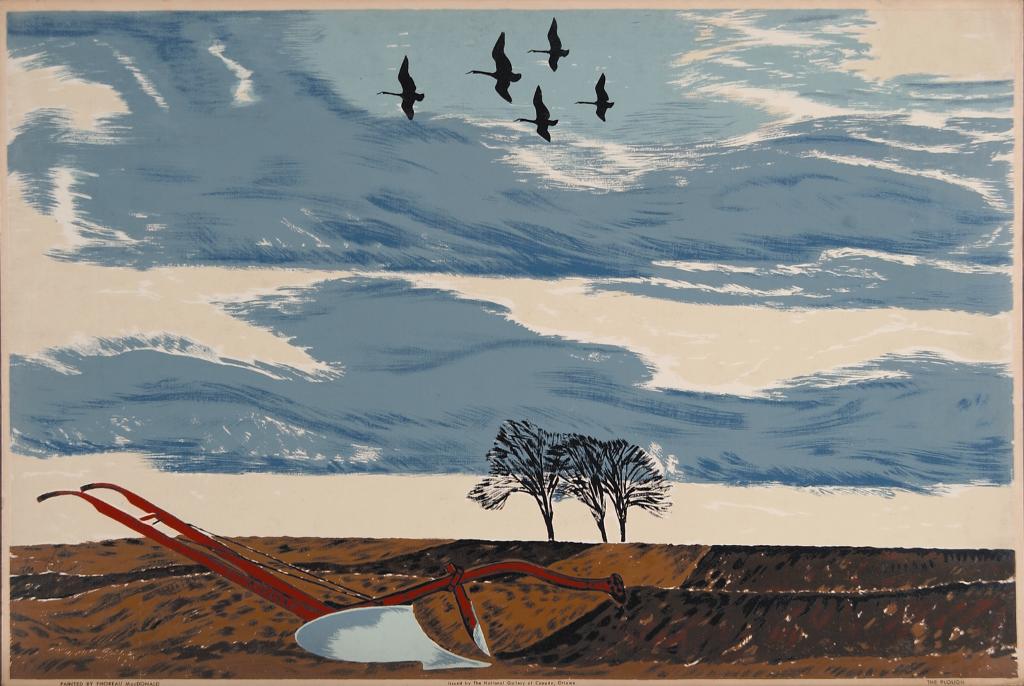 ‘The Plough’ recalls that at fifteen years years of age, Thoreau worked as a farm hand before taking up art studies, where the countryside around his home would have informed his art.
He was a modest thoughtful man, in touch with nature. This sensibility made subjects like the plough perfectly suited to the Sampson-Matthews project, to which he would be such an important contributor, and through which the narrative of the Canadian story had national appeal.