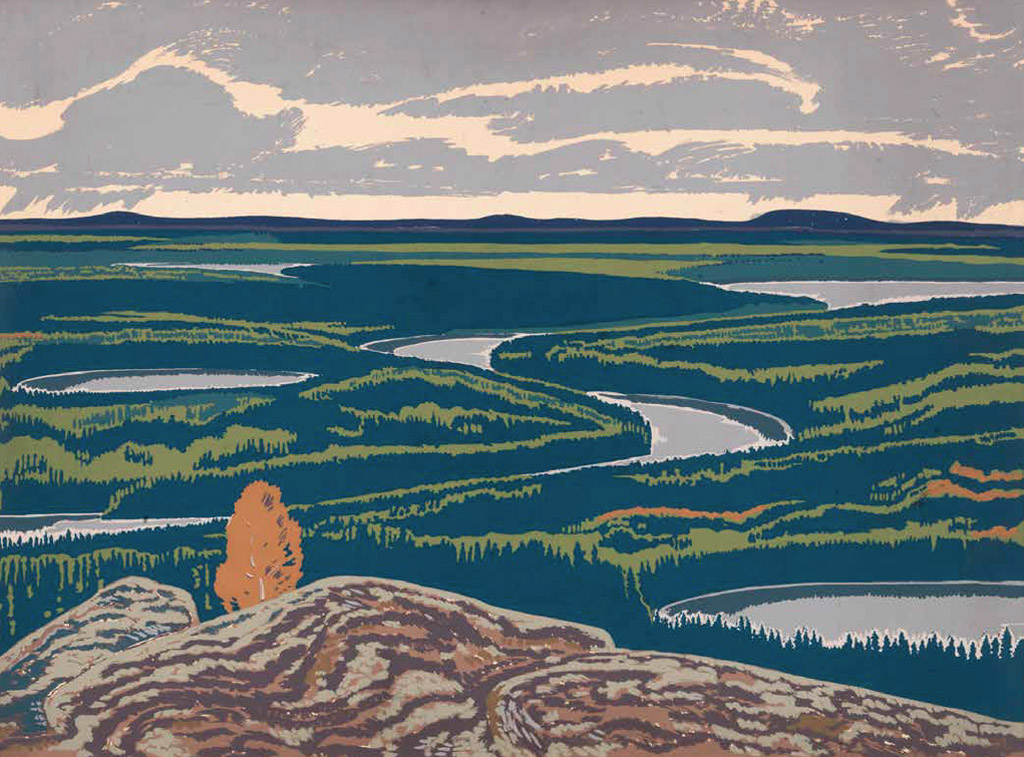 For many Canadians, the farm and its life, its seasonal rhythms and chores have been and remain commonplace. In the print ‘Winter Morning’, a lone horse enjoys a quiet meal of hay. Shadows on snow appear as blue or lavender, and a clear icy blue occupies the ruts of the path leading to the barn, evidence of human interaction despite the solitude and hush of the scene.