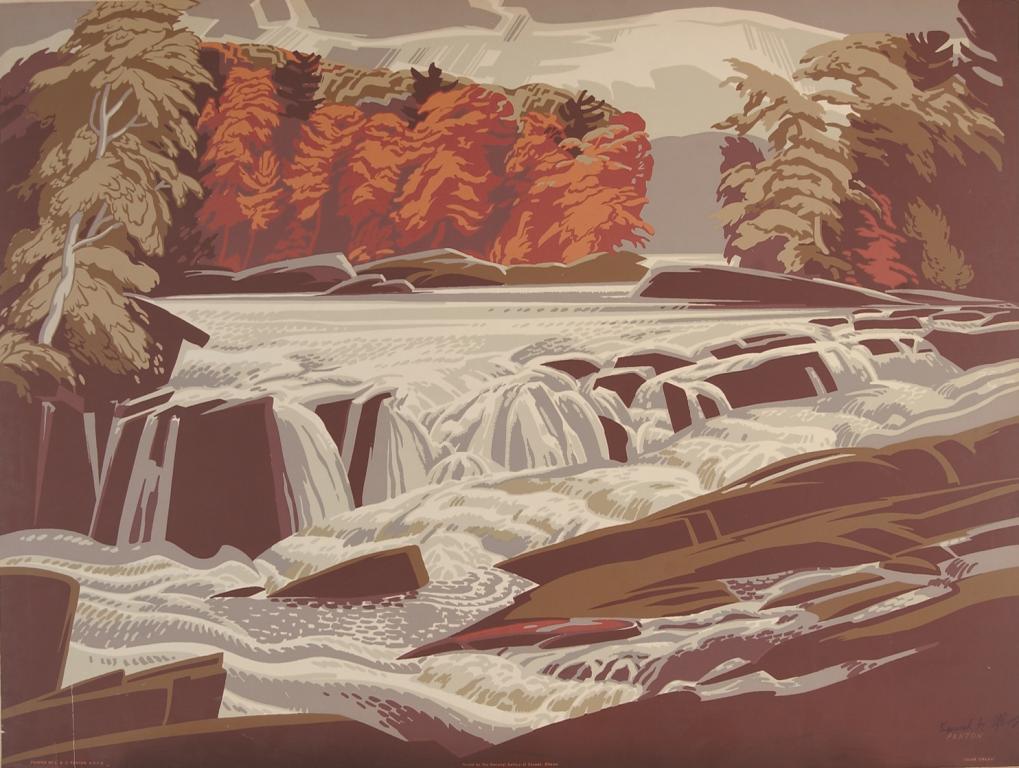 In ‘Silver Stream’, Panton puts one firmly in front of a raging stream, literally immersing and overwhelming the viewer with the majesty and power of the great Canadian landscape.
Painted about 1940, well before his shift to a new way of seeing, ‘Silver Stream’ retains the 1930s stylizations that figure so prominently during this period. This can be seen in the jagged rocks with water pouring over them, as well as in the billowing trees, which seem to sway with as much movement as the stream itself.