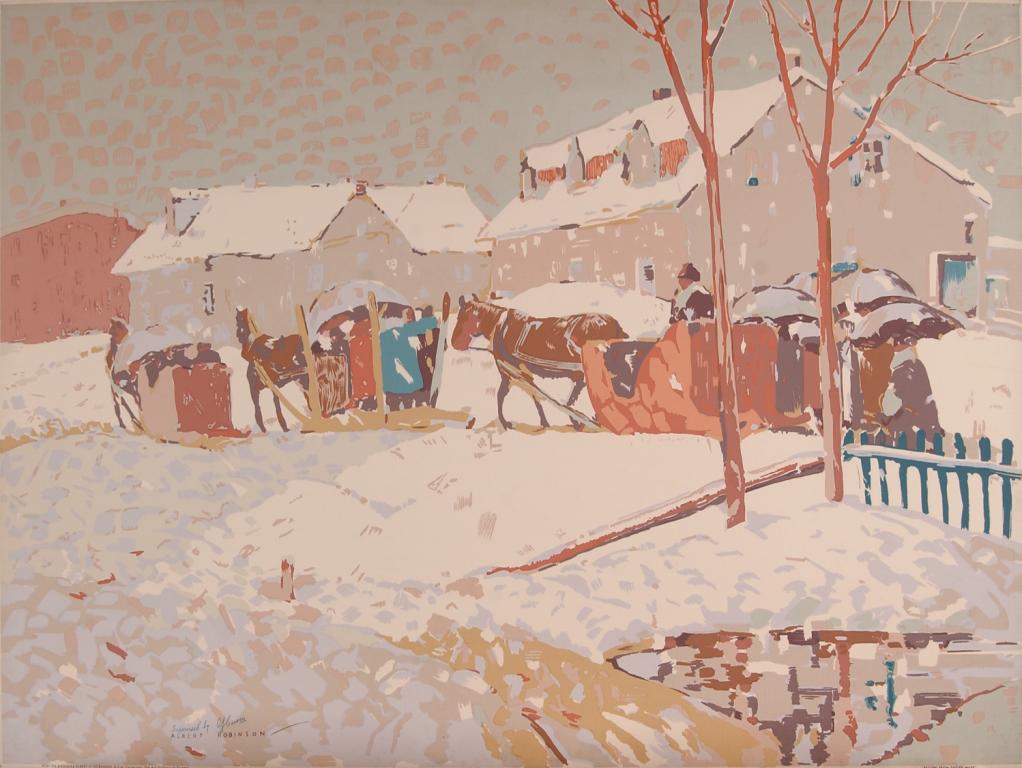 Albert Henry Robinson, 1881 – 1956
Canadian artist Albert Henry Robinson was born in Hamilton, Ontario and displayed a talent for art at an early age. After finishing high school, he began working at the Hamilton Times as an illustrator, where he illustrated scenes from the news as well as being a political cartoonist.
In 1908, Robinson moved to Montreal where he met important artists such as William Brymner, Edmund Dyonnet and Maurice Cullen. Robinson painted scenes in and around Montreal and in 1910, met A.Y. Jackson. They became good friends, traveling to Europe together and sketching in the towns along the St. Lawrence River.
It was during one of these trips to that Robinson did the sketch for his painting ‘Returning From Easter Mass’, in 1922 (National Gallery of Canada). Done at Cacouna, it is perhaps Robinson’s most famous painting. Douglas Buchanan, describing Robinson’s style and subject matter, writes that the link between “that romantic feeling which Marc Aurèle de Suzor-Côté and Clarence Gagnon had for Quebec landscape, and the more decorative but basically naturalistic approach, which A.Y. Jackson has emphasized in recent years, can be traced in the work of A.H. Robinson… Snowbound villages in winter… were the unchanging objects of his affection … The gaily-coloured sleighs drawn by plodding and often blanketed horses Robinson now also took as the motif for his many sketches.”