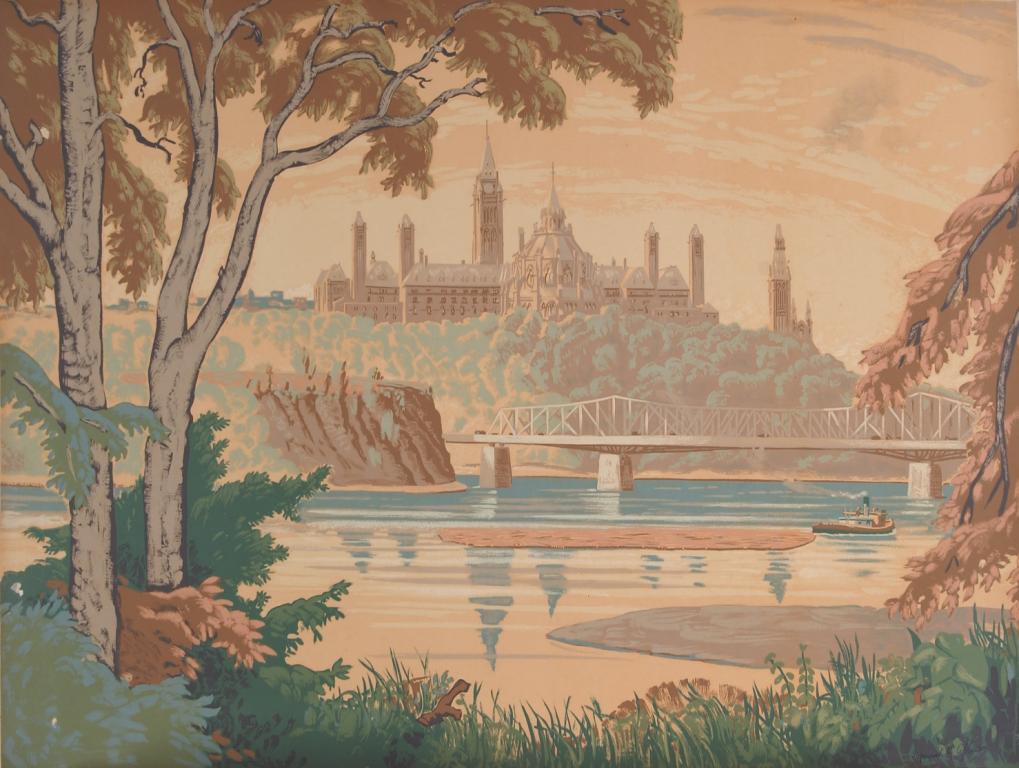 Canadian artist Stanley Frances Turner was born in Aylesbury, England in 1883, and studied at the South Kensington School of Art in London, England. He immigrated to Canada in 1903, and started farming in Saskatchewan, while continuing to make sketches.

The silkscreen of ‘Parliament Buildings, Ottawa’ was a proud moment for Turner. A sense of Canadian pride was creeping into a national identity, and he recognised this in an illustrative narrative. This work was different from most in the Sampson-Matthews print series as it was atypical to idealize a country not yet a century old. The hints of car and truck rooftops speeding over a modern bridge, and the working tugboat were symbols of a country on the move. Even the sky seems to be bending to the will of the buildings’ thrust toward it.