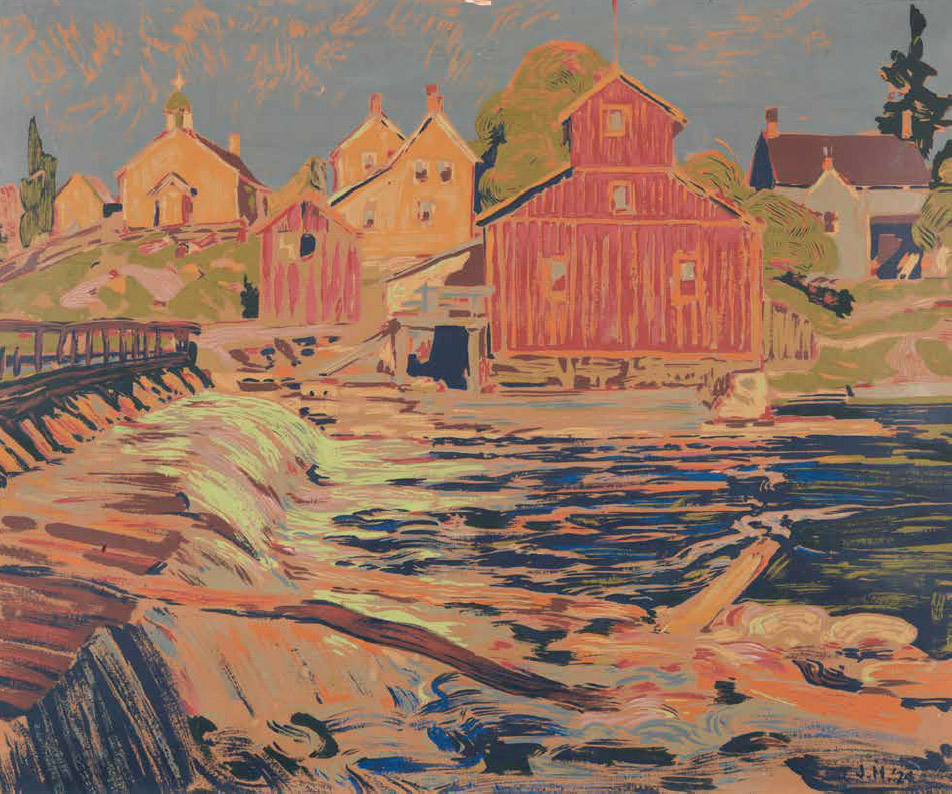 Canadian artist James Edward Hervey MacDonald was a founding member of the Group of Seven and was instrumental, along with Lawren Harris, in forming and holding the group together. The seed for the Group was sown in 1913 when MacDonald, along with Harris, took a trip to New York and saw an exhibition of Scandinavian Impressionist art, which depicted the Northern European landscape in a way that the pair was sympathetic to.