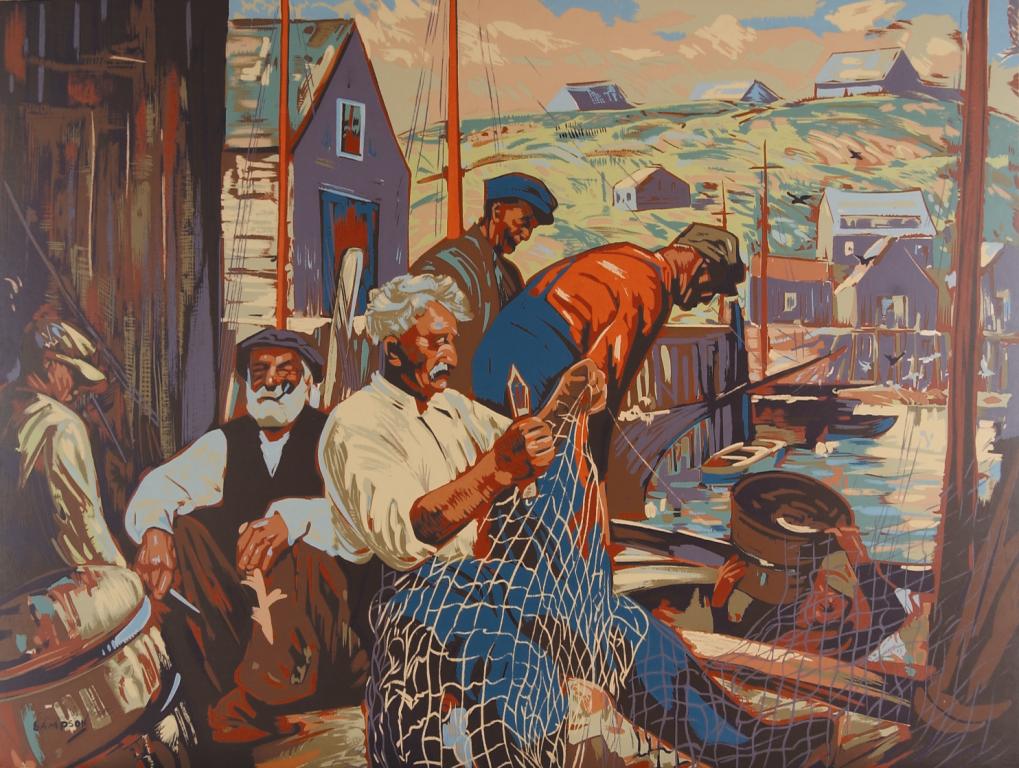 Born in Liverpool, England, Canadian artist Joseph Ernest Sampson was the eldest son of William Sampson, a superintendent engineer of Canadian Pacific Steamships. He received his early education at the Liverpool Institute and later at the Liverpool School of Art, winning many honours, including the South Kensington Medal and Scholarship for figure painting.

Sampson was the senior partner and President of Sampson-Matthews Limited, which produced Canadian artists’ scenes of Canada in association with the National Gallery of Canada, among other projects. Art works were reproduced using the silkscreen process and sent to bases, hostels, and offices of the Canadian forces at home and abroad during World War II, and were later made available for purchase by the public.
In ‘Veterans of the Sea’, Sampson combines the figurative with the landscape, portraying a small East coast fishing village, typical of Nova Scotia or Newfoundland. The fishing shacks merge with the cottages on the shoreline, where the men take some time to congregate and prepare their nets for the next day, or whittle away on a piece of wood. One can almost smell the salt air tinged with that of the day’s catch.