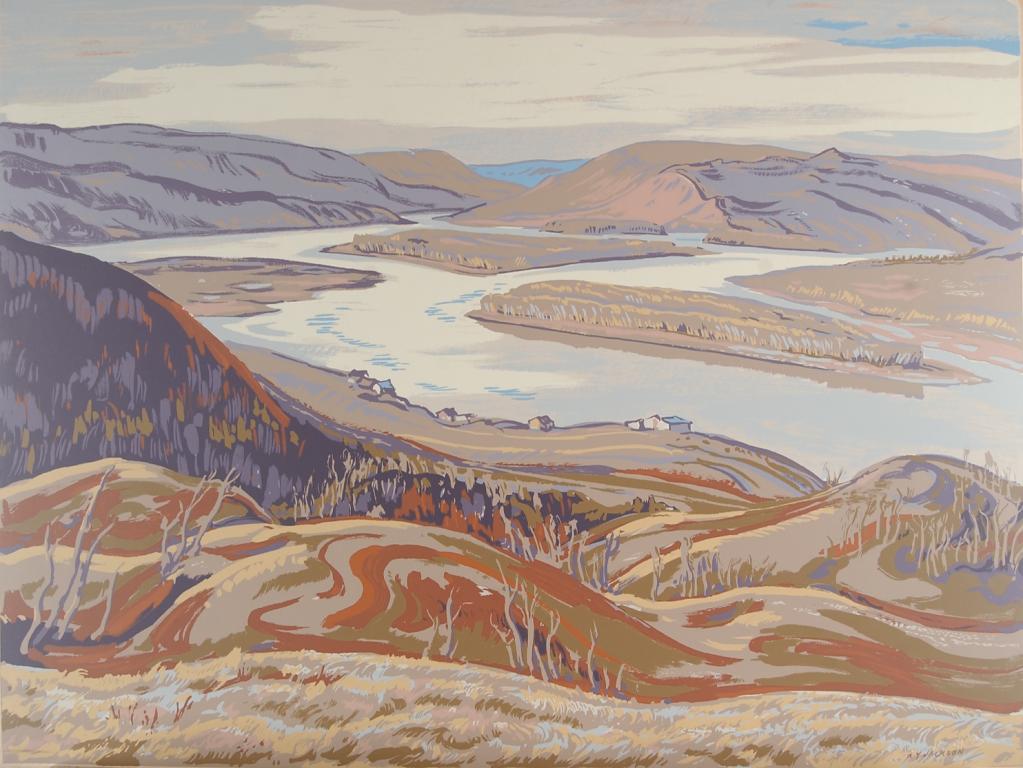 ‘Junction of the Peace and Smoky Rivers’ is a dynamic swirling landscape at the onset of winter before the snows arrive, taking the eyes over the undulating landscape, on a course through the islands to the distant barren hills before launching them into the clouds. One observes the small group of buildings along the river. An isolated community, as many are, in the vast nation that is Canada. The settlers come and go but the landscape always remains.