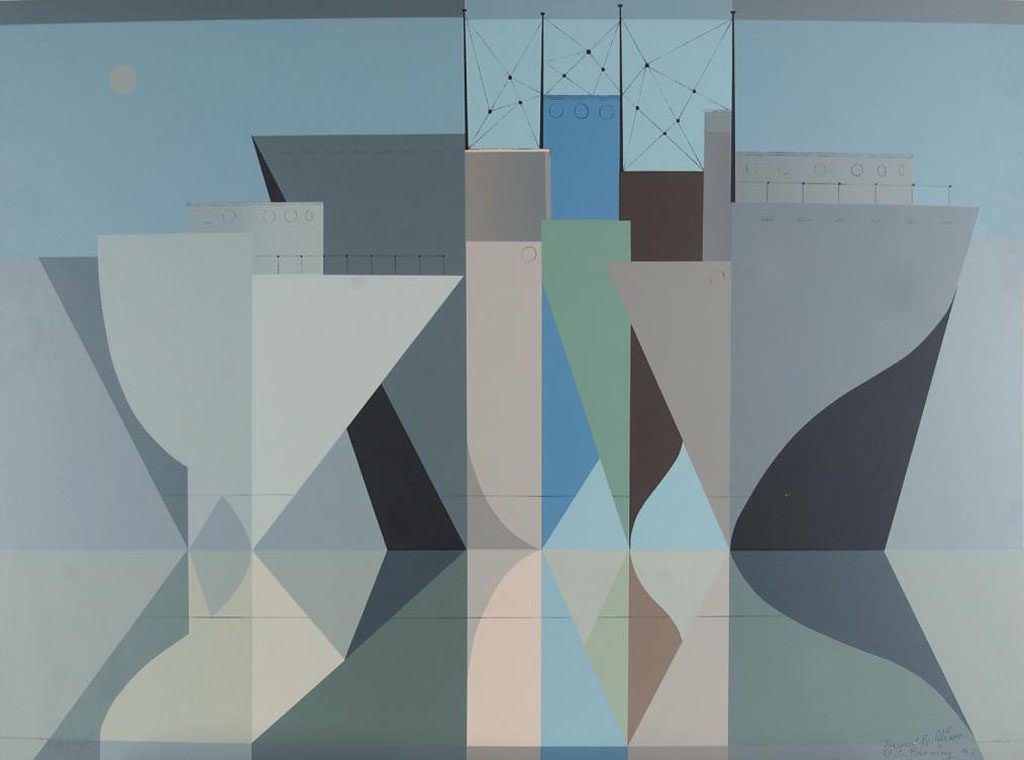 Canadian artist Bertram Charles Binning was an important architect and visual artist in Vancouver, who played a major role in bringing attention from the international cultural community to the region. He studied under Frederick Varley at the Vancouver School of Art (now the Emily Carr University of Art and Design), where he later taught.

Speaking about ‘Ships in a Classical Calm’ Binning says, “It was in the fall, and I went up the Indian Arm on a little excursion boat, as a matter of fact, and it was just after the war and there were a whole number of ships in one of the coves on the way up there… a whole fleet of World War II ships that had been tied up and now, when you’re a small boat and low to the water, and these great hulks towering above you and these great shapes which to me are terribly impressive, there’s something—I don’t know—about a ship viewed, especially bow on, that has a regalness about it, a real elegance.  We passed these going up the Arm, and then coming back home again, and they fascinated me, and there they sat—absolutely still in this calm water and there was something sad about them too in a way…simply sitting there with all their glory stripped from them.”