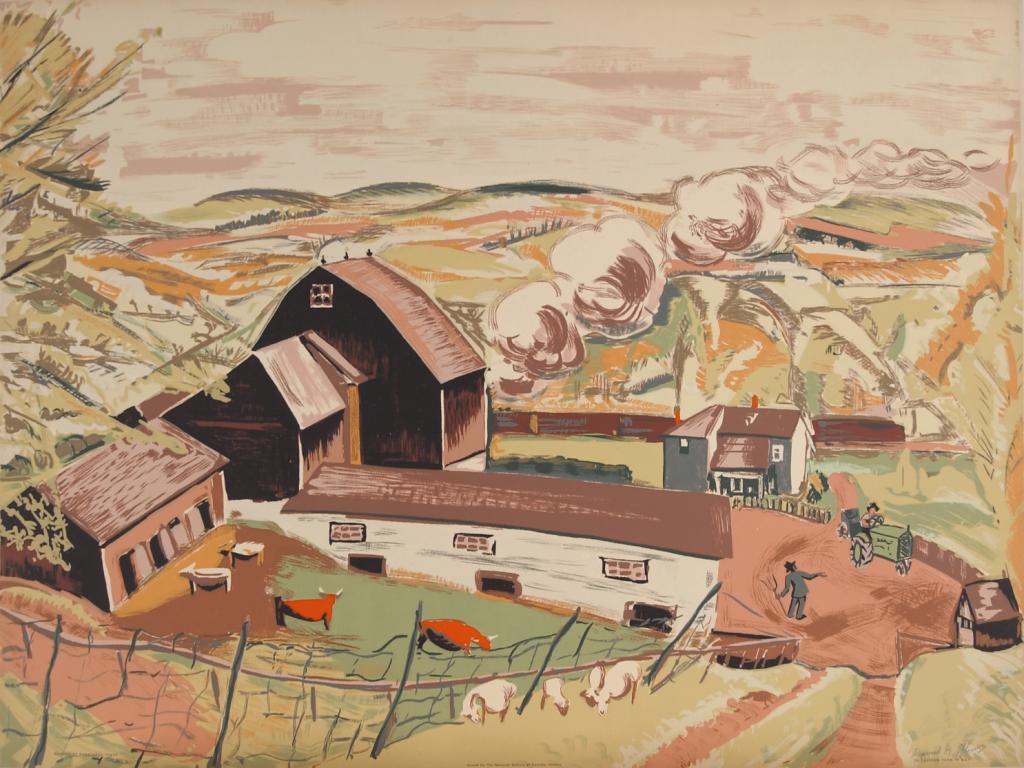 Born in Russia, Canadian artist Paraskeva Clark became very interested in art as a child. At the age of nineteen, she took evening art classes under Savely Seidenberg in Petrograd from 1916 to 1918. Following the Russian Revolution in 1918, she studied with Vasily Shukhayev and Kuzma Petrov-Vodkin at the Free Studios in Petrograd until 1921. She met Canadian Philip Clark in Paris, married, and moved to Toronto in 1931.

In 1944 she was appointed by the National Gallery of Canada to paint activities of the Women’s Divisions of the Armed Services. Clark also did silkscreen prints as part of a project to provide the Armed Services staying at hostels with scenes of their own country, of which her work ‘Caledon Farm in May’ is an example.
Caledon is a region known for its hilly landscape. Here she has chosen to show the vista from the top of one of those hills looking down over a farmstead, the barnyard frenetic with activity. This is what Lawrence Sabbath noted in an interview with Clark, “… in Canada it’s landscapes, landscapes, landscapes, a kind of a national form of art, and it’s the only thing you can sell anyway, so invol­untarily you start doing that, and when you do it’s a sort of loose work, it isn’t the same kind of rigid thinking when you do a human being.”